In the center of events

Judita Palace Heritage hotel, a place where the present meets the past, conjures up for you the old Split from the time when Emperor Diocletian had the imperial palace built, a palace from which the city was to take shape over seventeen centuries. You will feel and experience this best while resting in the shadows of the patrician loggias of the Renaissance palace in which our heritage hotel is located.

Judita Palace Heritage Hotel, a hotel for lovers of culture, is an extensive four-storey building, whose facades depict the fundamental historical and cultural periods of medieval and modern Europe: Romanesque, Gothic and Renaissance. The entryway into this spacious noble palace leads through the inner courtyard where the crown of the old well still stands today, and from the hotel's windows and balconies, guests of the Judita Palace can enjoy the view of Pjaca, always interesting and never the same. Just fifty metres to the east, lies the heart of Diocletian’s Palace and the heart of Split: the Peristyle, with Diocletian’s Mausoleum which in the seventh century became the Cathedral of St Domnius. 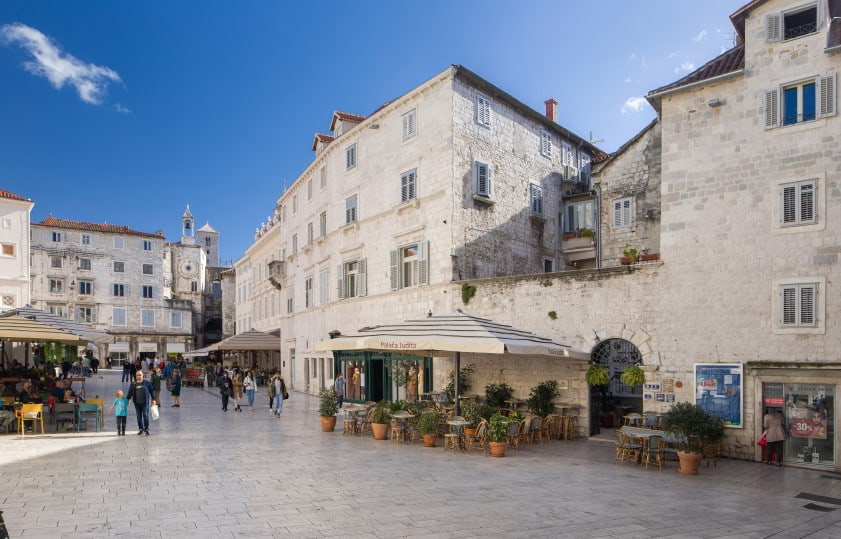 Pjaca, pronounced similary to Italian piazza, known today as Narodni trg, or the People's square, was mentioned for the first time in 1255, as Platea Sancti Laurentii, or St Lawrence’s Square.

This was the central place where all public events took place. There was a court here, the rector’s palace, the watch, a theatre and a number of other buildings that in the late Middle Ages rounded up the appearance of the square. During the course of time, it had its name changed a number of times, and was called Armaments Square, Gentry Square and finally People's Square. 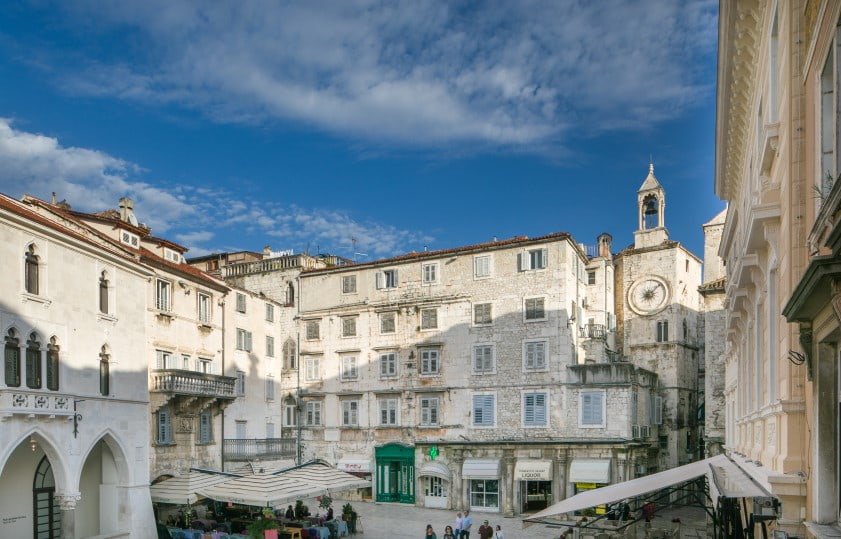 The largest and best preserved late antique palace in the world gave birth to Split, the second largest city in Croatia. The fact that Split has the entire historical core listed as UNESCO World Heritage is the most important, but not the only reason that makes Split unique. The lively and irresistible city that was born from the palace and came to life with it, is an inexhaustible source of inspiration for both its residents and its visitors. Split's layered and wide offer of gastronomic and wine scene, cultural and artistic events, entertainment and nightlife, and yet the possibility of a peaceful and quiet vacation, will inspire everyone who stays here.

Surrounded by mountains on one side and the sea and islands on the other, Split is in an ideal geographical location from which you can easily discover the many nearby natural beauties. 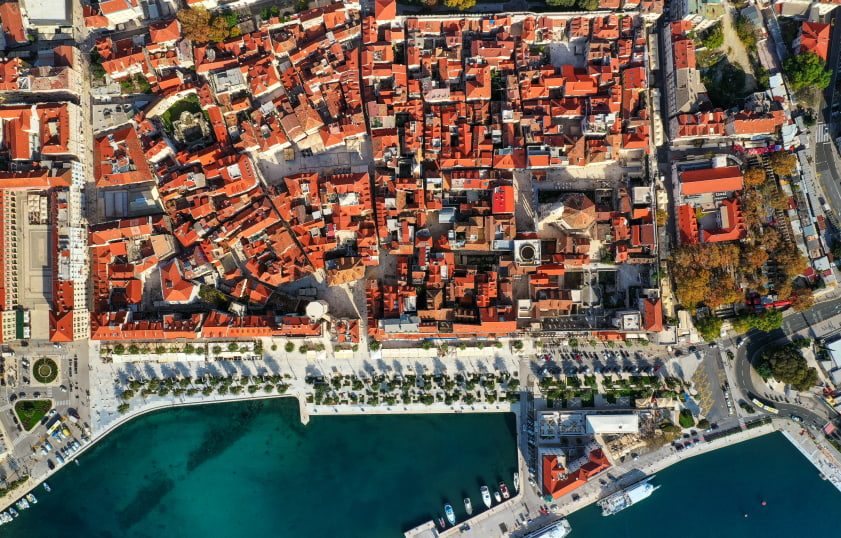